All I have to say is that I am super happy to be doing a Sunday afternoon Project PB weekly recap and not laying on the couch feeling like death from bronchitis, even if it is 'freeze your face off degrees' out! :)

I emailed Greg as soon as I was ready to run again and he altered my Week 9 schedule so here's how it all went down:

Monday: This is usually my rest day but things got real wild when Greg scheduled a 6 mile run for me. Yeah, we're crazy like that. ;) 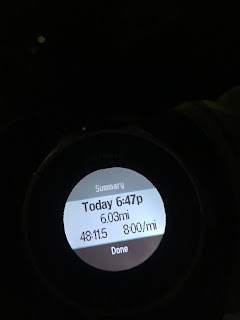 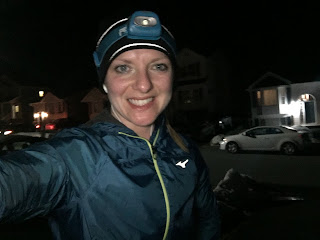 Tuesday: Okay, so I actually caught up on that rest day here. Well, sort of. You see, remember my Physiotherapist Mitch I always talked about? You know, the one with the needles? :0  Yeah, well he went back to Burnside at the physio clinic there and the commute was just too far. Thanks so much Mitch!!!! :(

So, I checked with a few of my running buddies to see who they were going to in our area. Now I will be bugging Jeff at Nova Physiotherapy with all of my questions, worries, phantom pains and injuries! Good luck Jeff! LOL. He immediately got me on a strengthening/stretching plan so it looks like I'll be breaking world records in no time. ;)

There are no physio photos but here's a taco I made for supper...mmm! 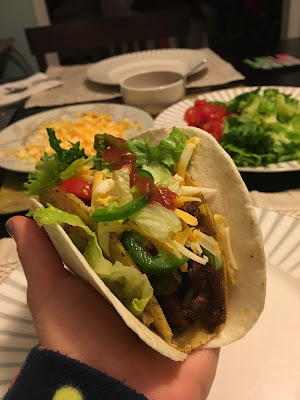 Wednesday: My Wednesday night run was an 'easy 8 miles.' It actually wasn't that easy to be honest. I was still feeling tired and apparently taking two weeks off is not a good idea. As it turns out you'll be quite sore once you resume regular training again, especially if you're dehydrated! I did manage 8 miles at 8:20 pace/mile. 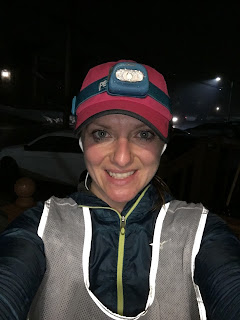 Thursday: My first speed workout in a loooooong time! I had a 3 mile warm up followed by 6 x 10km effort for 3 minutes with 2 minute recovery jogs in between with a 2 mile cooldown! It went surprisingly well overall, even though my second last repeat was interrupted by some sideways hail?!?! How rude. 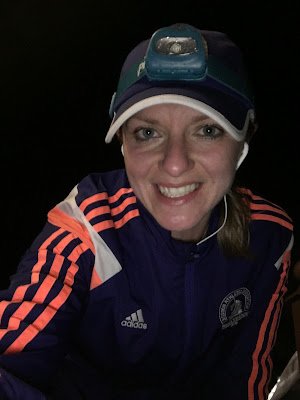 8.5 miles total and one very sore ear from the sharp hail. :( 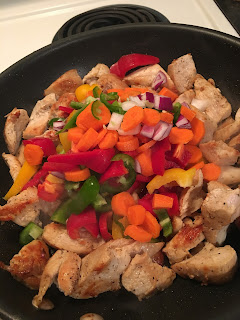 I made a chicken stir fry when I got home and it really hit the spot!

Friday: Strength day at home. So basically I whipped my own butt doing core work and stuff like that-you know, the stuff that runners don't really want to do but they should do lol.

I was really excited when I checked the mail that Mizuno and tiux sent along some great draw prizes for the Reboot Run!!! 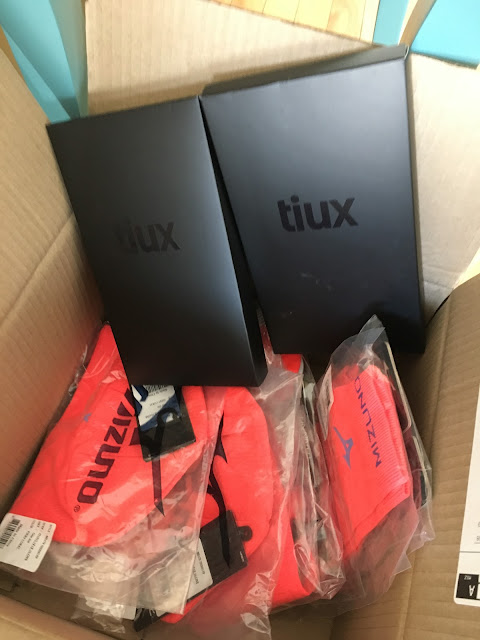 Saturday: Umm, so I'm not really sure what happened but literally days ago runners around here were running in shorts and Saturday I woke up and was suddenly plunked down in the middle of the Polar Vortex?!?! It was sooooo freaking cold! I had an easy 6 miles to do followed by six strides and boy was I glad when that was done.

My map for the strides looks crazy! 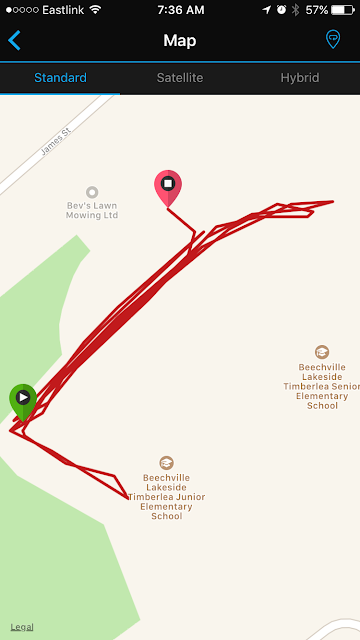 Erin and I had a great girl's night as well on Saturday! And obviously there was some tasty eats involved. 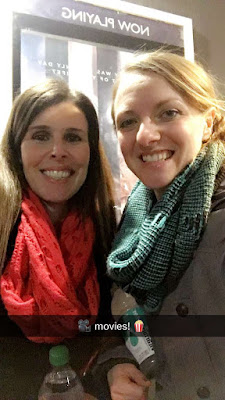 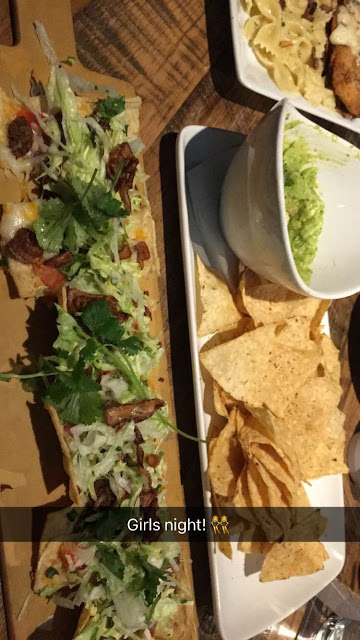 Sunday: Earlier in the week when I checked the long RUN weather forecast, Sunday was supposed to be a glamorous day for a long run! ;) Yeah, so that didn't happen. Long run eve had runners all over freaked out about the temperature...it was a real long run crisis.

In all seriousness I was super worried about irritating those lungs of mine. The doctor has created this fear in me that I will end up back in her office because I was out running in the cold, as she suggested I NOT do. I bundled up like the Michelin man and waited until late to head out in hopes that it would "warm up." I just laughed as I typed that! It did NOT warm up, at all!
This song kept me going on my long run today: it's "Dangerous," by Big Data....love it.

I was thankful my run was cut short by Greg, especially when my fluid froze and I was dying of thirst and probably frostbite as well. I was very grateful when Matt drove by with his big water container thing! I stopped and filled my bottle three or four times. 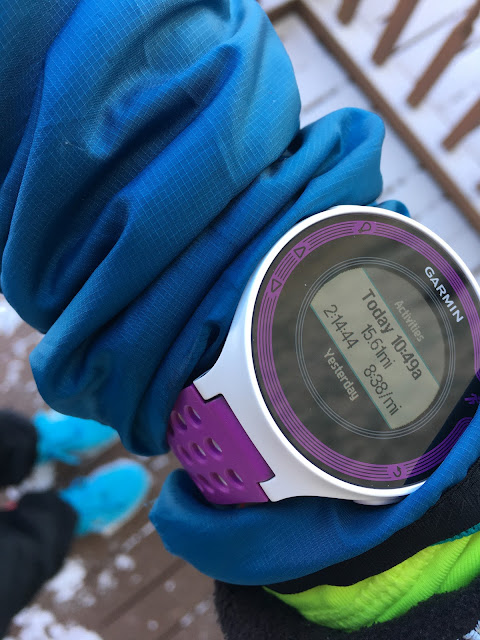 Marg and I headed up to cheer on the Runners at the BLT Reboot Run this afternoon and I was amazed at the turnout in the frigid temperatures! Way to go runners and organizers!!! 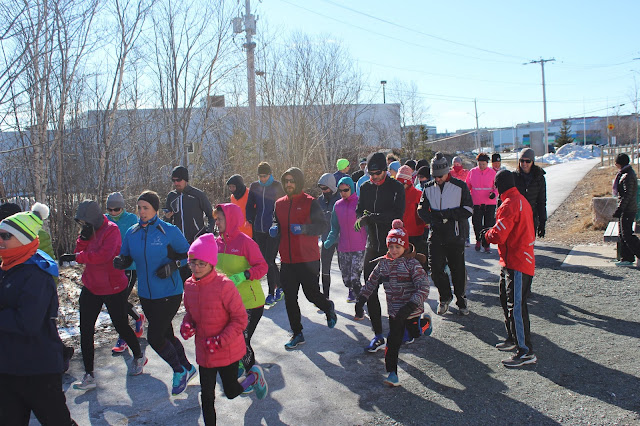 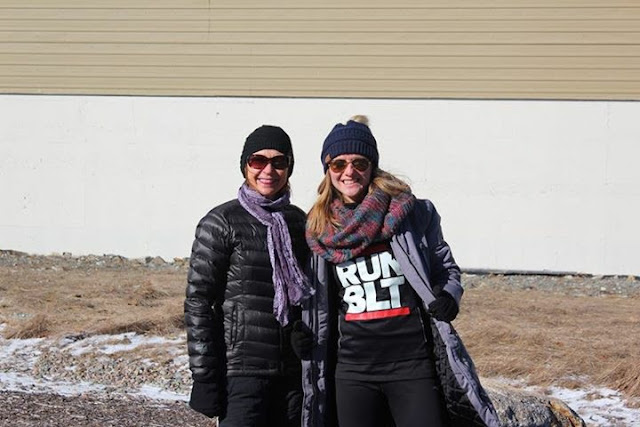 So there you have it!
Weekly mileage: 45.4 miles (starting to get back on track).

Thank so much for stopping by the GGR blogspace! Have a beautiful day!
How has your week been?
Boston is in 42 days!!!!