I did some running and report cards during the Easter weekend. And of course drank copious amounts of coffee while also managing to eat numerous yummy things. :)

Last Saturday night I finally caved and made those BBQ chicken nachos I see all over facebook. They were so yummy!!! 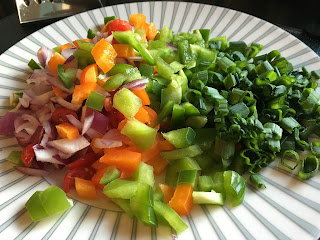 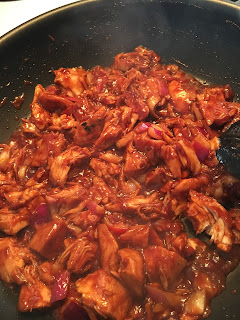 On Sunday morning I headed out for a solo 20 mile run. Gosh, running with awesome running buds and then suddenly conquering a such a daunting distance alone is a bit scary. But mentally I knew I had to do this. I covered many hills and chugged through some final miles. I saw Matt at mile 16 and I was super whiny, lol. He even offered me a RIDE! You should NEVER do that to a super fatigued runner! LOL. P.S. I developed a very disgusting blister that I'll add to the very bottom of this post so that if you're grossed out by that sort of thing you don't have to see it and if you're curious you can take a look! 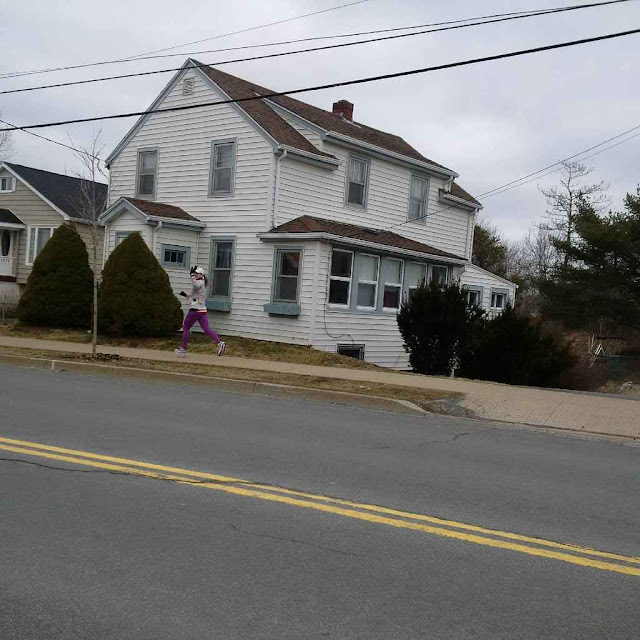 This was honestly my motivation on the run. Knowing that Cherry Berry had mini-egg froyo was on my mind for the entire 2 hrs 49 minutes I ran. 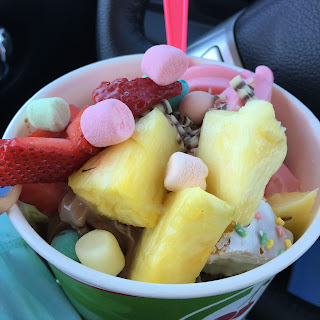 Then I came home and cooked the turkey for a scrumptious Easter dinner. 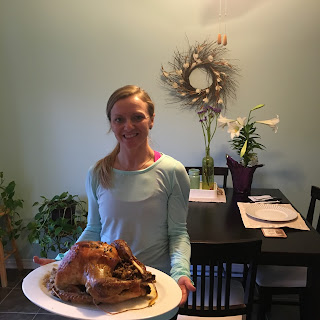 Random:
Facebook showed me this photo as a memory from a year ago (from last Saturday so, March 26). LOOK AT THAT SUPER NARROW STREET!!! 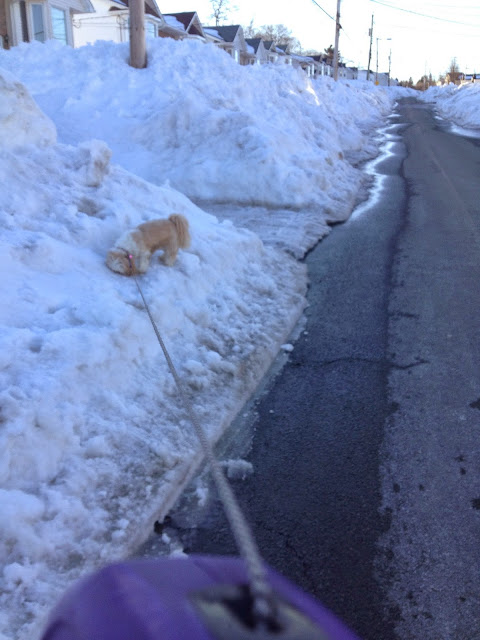 On Monday Yee fixed me up from the long run DOMS. 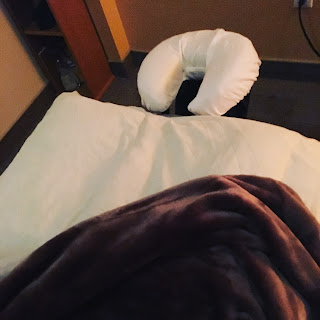 My cousin in Newfoundland made this super cute wood bunny for me for Easter and my mom mailed it to me!!! Isn't he cool?! 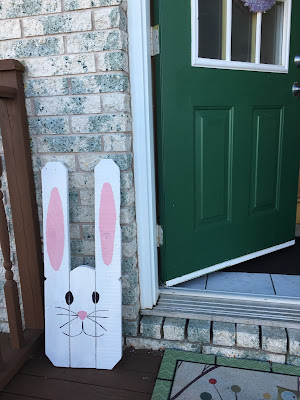 Training has been a bit exhausting with all the things going on with work-(report cards and of course teaching super energetic little 6-7 year olds!) and logging lots of miles.

After work on Tuesday I logged an easy paced 5 miles. Nothing spectacular on this run, just lead legs. 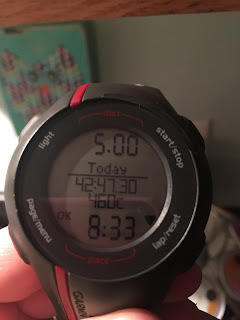 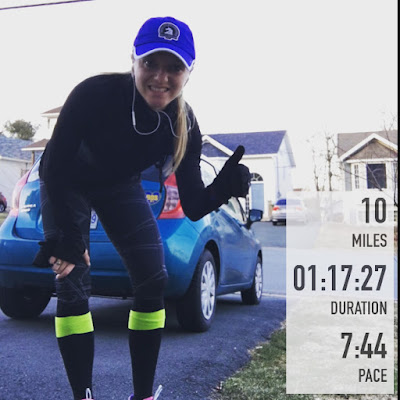 On Thursday we had running club at school and it was actually very warm out! I was completely overdressed! (My car said 20 Celsius when I drove home!!!).We were so fortunate because we had Kerry Copeland of Doctors NS/Youth Running Series come out and run with the kids! I got 2.1 miles in with them.

And another 5 that were super easy paced when I got home. 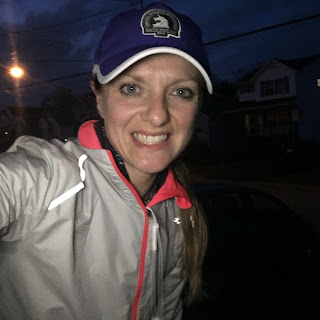 Oh and I also made Taco Soup from Hungry Runner Girl in the slow cooker so it was so enjoyable to come home and have a hot shower with dinner all ready!!! 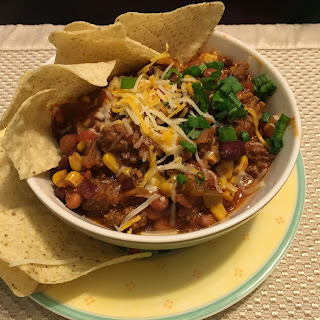 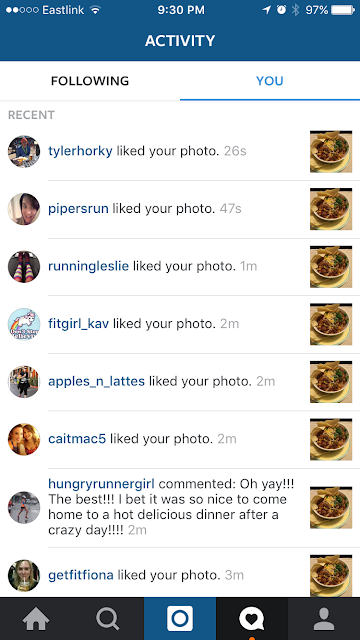 So March had me at peak mileage with the Boston Marathon on the horizon. Matt and I ate dinner and added totals because I was convinced it was incorrect! 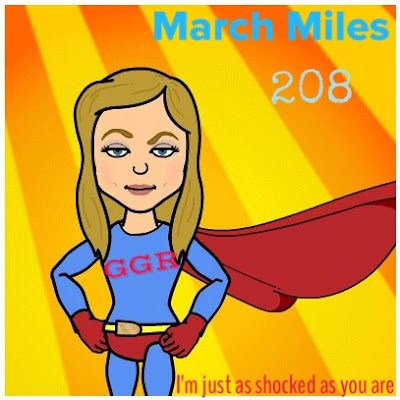 On Friday I had some serious dry needling going on! I asked Mitch (the PT) "what kind of person has a crazy busy week, hands in reports on a Friday, and then celebrates by getting needles?!" He chuckled...I think he thinks I'm crazy. We did about 8 needles in total so I was basically swiss cheese. 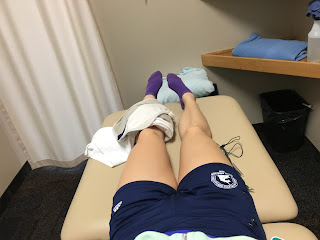 This was followed by an invite to Lululemon to get some gear for Boston! 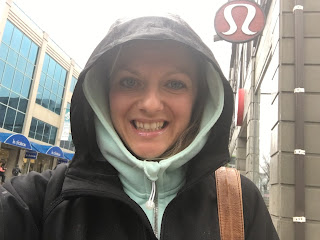 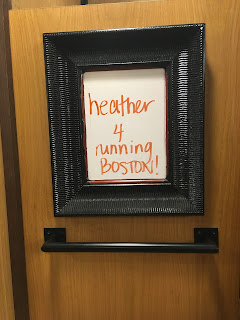 I tried on clothes from the Lucent line and loved and wanted everything!!!!!! 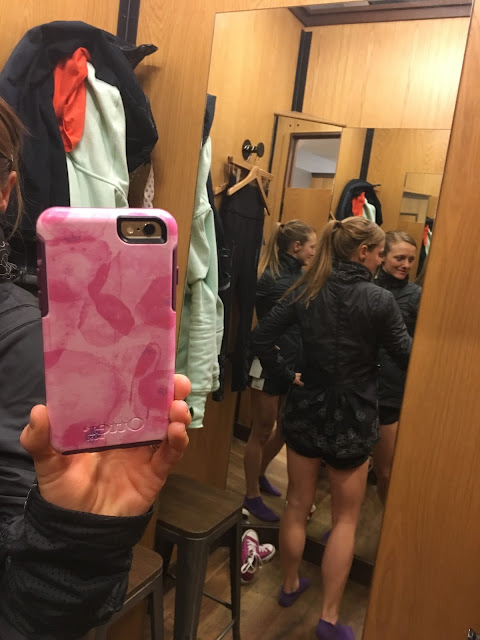 I will be wearing these awesome Lucent shorts at Boston! The floral Lucent has reflective fibres that really glow when the light hits them at night! I love the feminine touch. :) 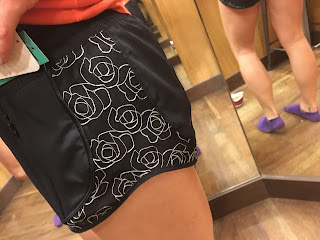 Super huge thanks to Kelly and the Lulu crew for the hook up!
Obviously I had to try them out! Check out that reflectivity!!!!!

And I was so happy when this came!!!!!!!!!!!
Some shih tzus make foam rolling real tricky. 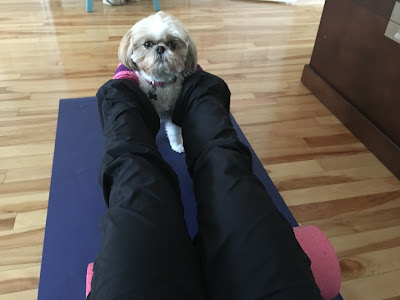 Today's run (Saturday) was GREAT! Capris and just one shirt!!! I love Spring! 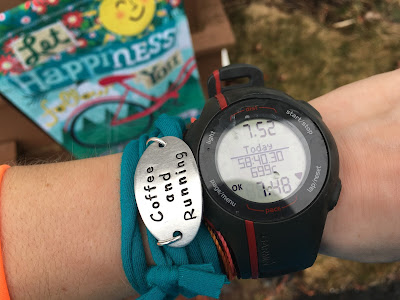 What's new with you????
Have you ever had dry needling?
Anything random you'd like to share?
Can you believe Boston is in 15 days?!??!?
Don't forget to check the blister photo below!!!!!!!!

Thanks for poppin' in! 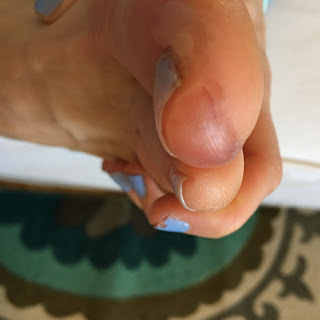