My favourite day of the week (running wise)!  I think about the Sunday long run pretty much all week long.  Today was #2/3 20 milers on the training schedule. Last week capped off with 55miles, or 88km in total. So I was a bit weary of my heavy legs. 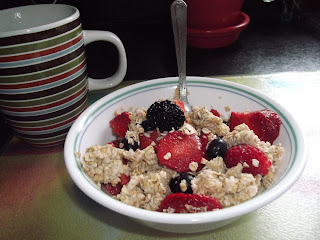 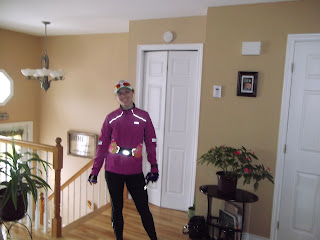 All ready to go!
I headed out all bright eyed and bushy tailed with four gatorades, 2 gels and some Gu chomps I bought yesterday. I bought the Orange flavour....they were okay.  Unfortunately when I took them on the run it was about 2 hrs in and they were very stiff....passers by must have thought I was using chewing tobacco...lol. I had stuffed the two gels into my coat pocket and it was hard to unzip it to reach for one around the 12 mile mark since my fuel belt was tightly over it.  So basically what I'm saying is that I had no idea what flavour I was pulling out. Turns out it was mint chocolate---score! I <3 that one. 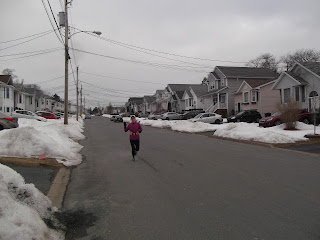 Here I am! Thanks for snapping this shot Matt :)
I have to be honest, there was a lot of number crunching going on today.  As I mentioned in a previous post, the first 10 miles seem to fly by whereas the last 10 slow to a crawl. The usual countdown was going: "8 miles, I enjoy single digits remaining, 7 miles left. Okay, that's only to the post office and back---wait, that's pretty far!" and so on and so forth...lol.
It is clear that Spring is trying to make an appearance.  The sun is out, but there was still that chill in the air today.  I didn't get to test my new Sweaty Band since I needed a hat with the cool temperatures.
There were more runners out today on my route. I always wonder if they will wave, smile, or say, "hi." lol.  I believe proper running etiquette should be at least to acknowledge the other runner coming toward  you....as most seem to do.  Then you get those who take it so seriously they can't even be bothered to look your way.   I give them the old 'eye roll' once I pass by them..hehe.  I saw some familiar runners who I know run inside during the really wintery months.  This was also a clear sign that the weather is improving. :)
I was feeling better today than last Sunday though.  I was hoping for a faster run than last week since my breathing feels good again.  I started to feel the burning in my quads and calves quite early today though. I'm blaming this on the hilly routes I've been doing lately.  When will the trail be ice/snow free!?  I really miss the nice flat trail.
Well, after 2 hours and 52 minutes, I am home.  :D Yay!  I am really looking forward to a 'scale back' week starting tomorrow.  This week I logged 50 miles, or 80 km.  I am hoping for some good quality rest with short runs over the break. 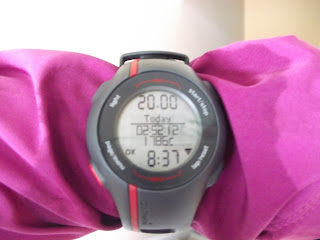 Tempo Tune:
So, I realize that this is not a new song or anything, but I really enjoyed it today on the run.  It's "Give  your heart a break," by Demi Lovato.  It just gives me a good feeling when I hear it.  I secretly want to dance to it....lol.
Hope to see you on the roads!
Cheers,
Heather :)﻿