The first bit of Summer Vacation is going great!!! Lots of running, coffee drinking (while it's warm!), snuggles with Lola, sun and Netflix. I can't complain. For some strange reason though my body still wants to wake up at early o'clock...I guess you can't expect the internal school alarm to automatically snooze. By late August sleeping in until 9:30 should be a breeze! LOL. 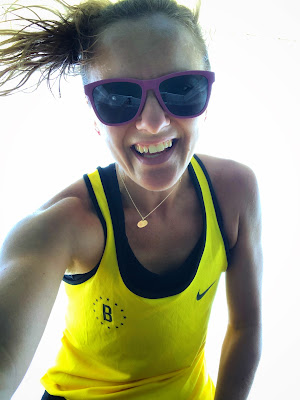 I've been keeping myself busy, but just the right level you know?

Venturing out on the BLT trail for some hot humid easy running as been somewhat of an adventure... 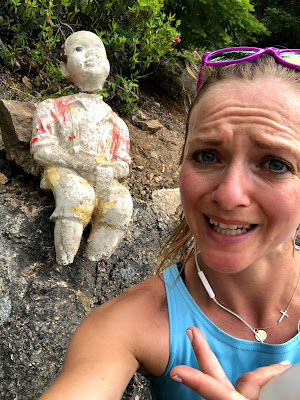 This guy showed up on the trail a short while ago and was becoming quite popular with the local running group, the BLT Runners. No one seemed to know where he came from though???

Ugh, the only thing I strongly dislike about summer running on the trail...
I turned the only race photo I could find of myself during the EPIC Quarter Marathon into a meme! Go meme, or go home. Am I right?! LOL. 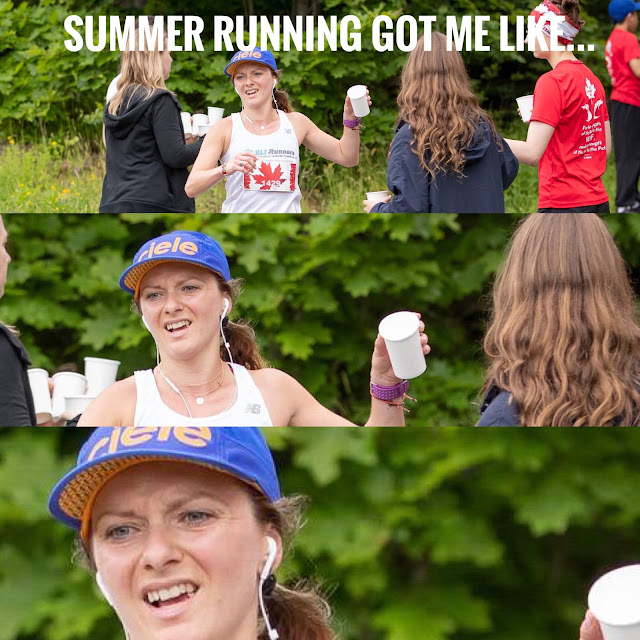 I joined the Halifax Road Hammers for a speed workout in the park on the hottest day of Summer...good choices all around, lol! It was 34 Celsius during our 800m repeats! There were several close calls with puking.

Speed work is ALWAYS better with a group! Even though you can't chat during the tough stuff, it's beneficial to have a pack to stick with, someone to chase or hey, motivation to stay ahead of someone! ;) There were several workouts over the winter training months that I would have avoided had it not been for BLT speed work at the CGC track!
When I got home that night I ingested half of a full watermelon and several slices of pineapple!

Are you wondering what to do with your old running shoes? Well, here's an idea that I saw many years ago in Boston to recycle old running shoes:
On Saturday morning the BLT Runners headed out to Ingramport to support Lindsay and her family in a fundraising effort towards their Mission to Kenya. They hosted a 5k fun run and it was fantastic! 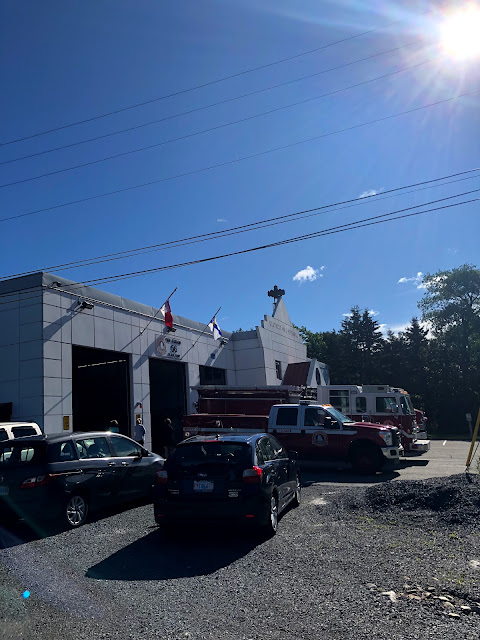 We met at the Fire Station and did an out and back along the Rails to Trails. The weather was gorgeous and the scenery was spectacular! Stacey and I ran together and we could hear the ocean waves crashing as we ran. So beautiful! 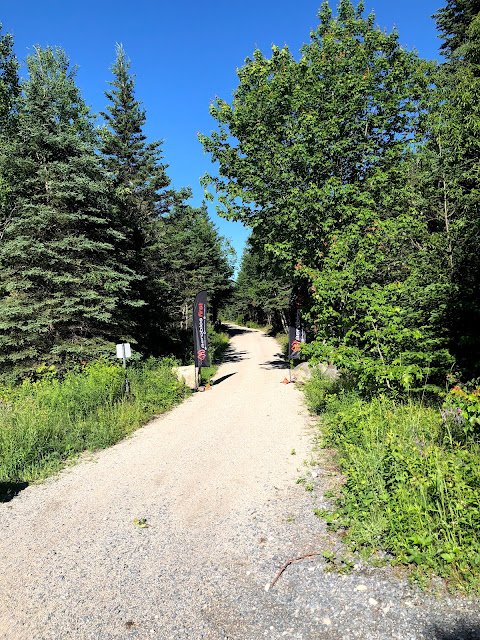 The dogs even came along for a run! They were so cute, and fit! 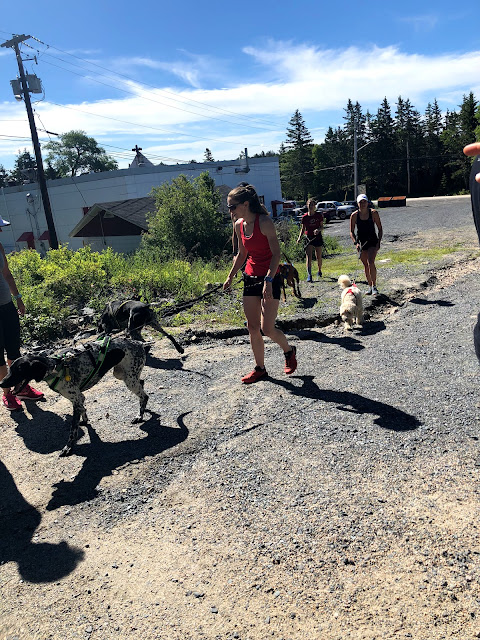 Jill was there doing face paint and look at this great BLT logo she drew on me! It had lots of sparkle and I didn't want it to wash off. :) 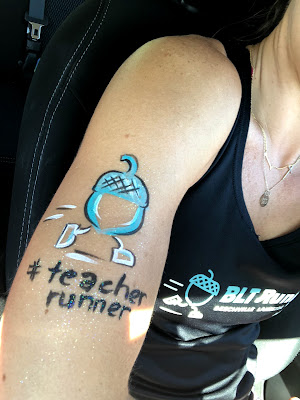 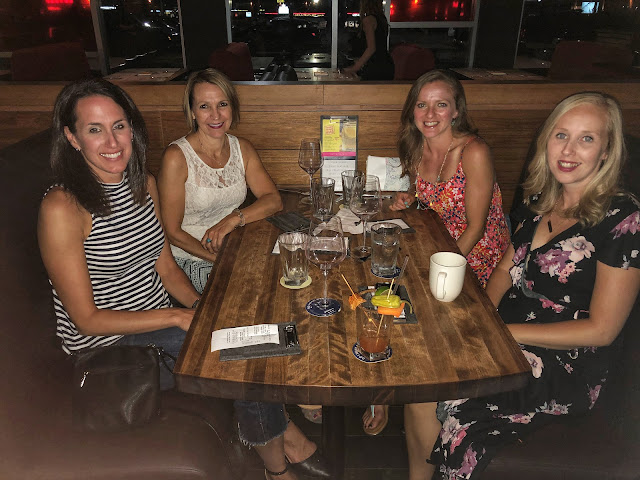 On Sunday I did a long run with Charlotte, Erin and Sarah all around downtown Halifax and over the BRIDGE into Dartmouth! That bridge is a mountain in disguise. But it sure was a pretty view once you were on it! 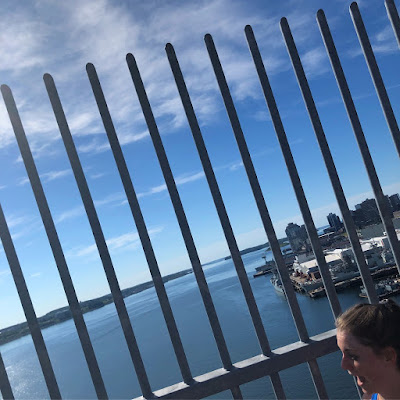 PLUS...It has cold drinking water on the Dartmouth side!!! 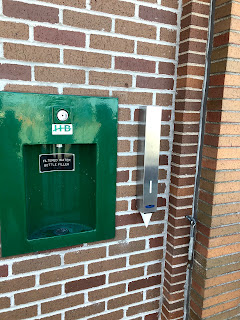 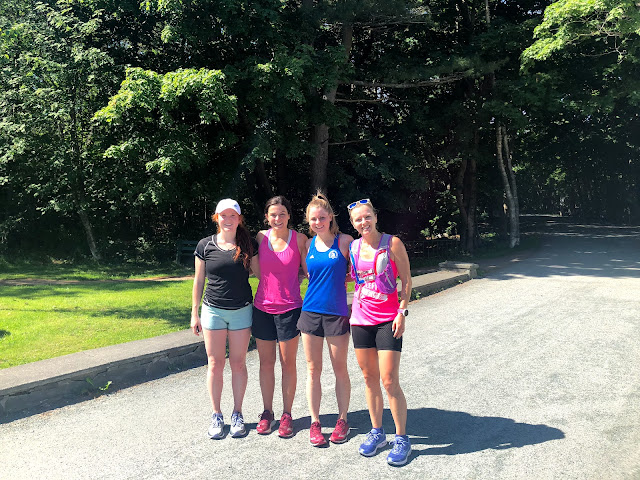 So that's about all I've been up to really. What's been keeping you busy this summer??? 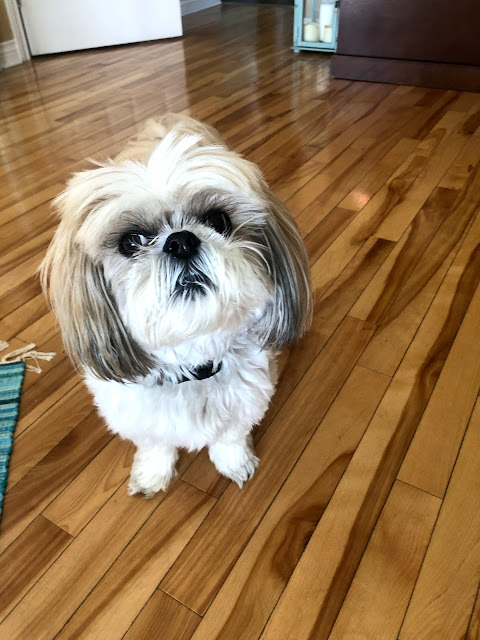 Thanks for visiting the GGR Blogspace!!!! Have a beautiful day!