Hey everyone!
I hope daylight savings time is treating you well, unlike some shihtzu divas I know. ;)

Here's a bit of a rundown on how week ten of Boston Marathon training went:

Monday: Complete rest day! I did stretch like a champ though. Yay me! 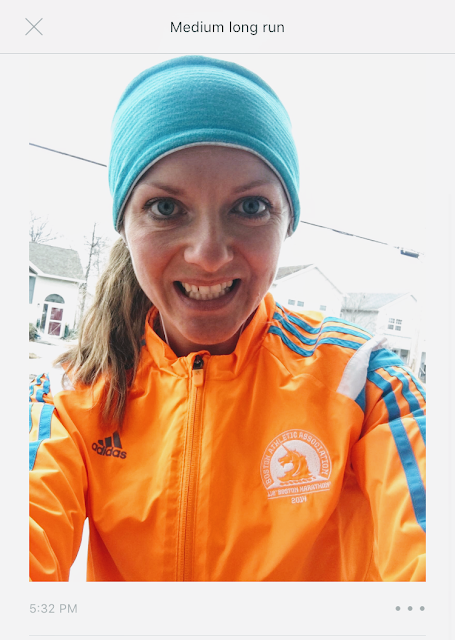 Wednesday: An easy paced 5 mile recovery run was on the plan and I was down with that! Oh, and I got caught in a down pour and splashed by several vehicles, but it was all goooood. ;) LOL. Sometimes I feel like the splashing is intentional. Am I crazy?! 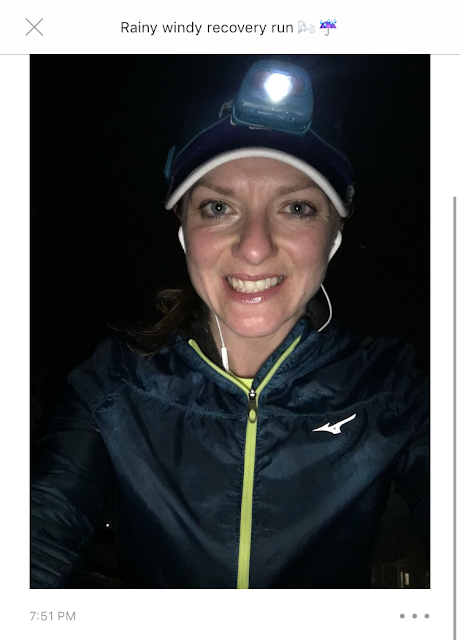 Thursday: Oh my goodness, my Thursday run was one of my favourites, NOT! It was tempo Thursday and I have to say I despise tempo runs. I much prefer interval sort of speedwork because there is a sooner ending time, until the next crazy puke pace session. Unfortunately, this week was windy ALL WEEK! On my way home, during the second last tempo mile the headwind literally made me feel like I was going to puke. I got so frustrated from pushing into the wind that I stopped mid tempo. :0 It was so tough! When I got home I wanted to kiss the driveway. But I opted not to. 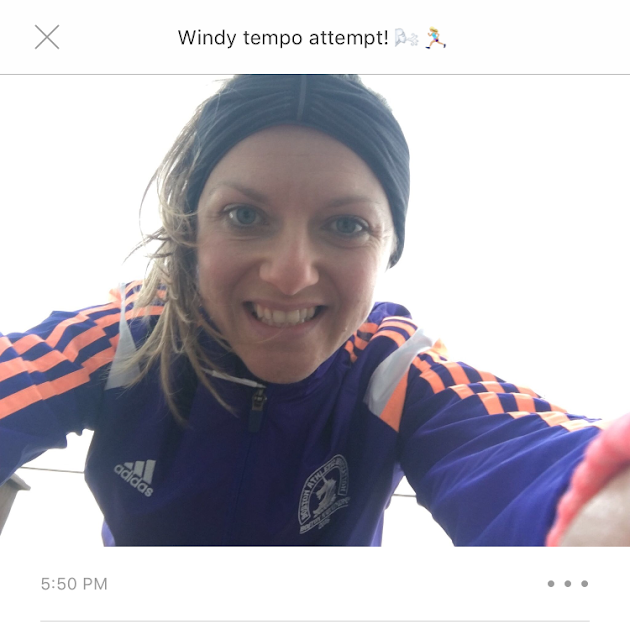 Friday: On Fridays I do a strength workout at home, as you've probably seen a time or two on here. 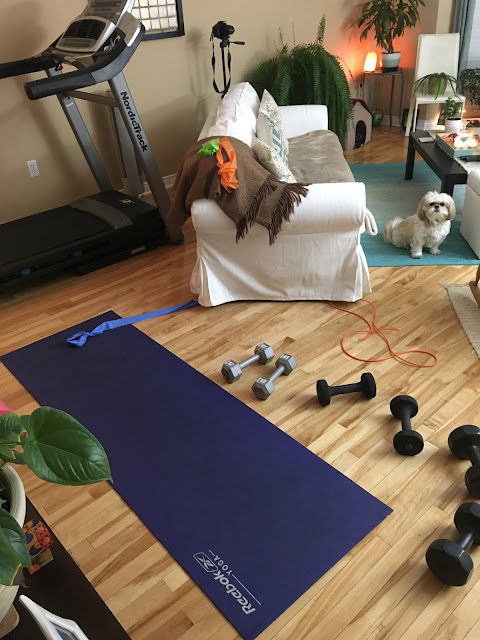 I was sure to do all the physio homework from Jeff (as evidenced by the bands on the floor), and I also do lots of core stuff like side planks, clam shells, etc. And just because I don't believe in leaving any body part out, lol, I like to give my arms/chest/back a bit of a workout too. I watched PLL reruns as I exercised. I forgot how much I used to enjoy that show at the beginning!

Saturday: Holy brrr! Saturday was yet another frozen face run! I met up with the BLT crew for a Jog and Joe at Starbucks. As Mother Nature would have it the location of our run was quite breezy! I forgot my Garmin!!!!!!!!!!!!!!!! I realized as I was driving there that it was not on my wrist and I wanted to cry. :( Luckily for me Tom is in our group and he's apparently the nicest runner I know. He let me use his Tom Tom watch and later downloaded the file of the run, sent it to me and I imported it into Garmin Connect, which I had NO idea was even possible, but it worked!!!! The run was a 5 mile recovery pace run, except for the fact that Craig and I fought real hard against the psychotic headwind!  We then did 8 strides that had us airborne during the seventh one! Like okay Winter, enough already. We ended up with a total of 10km for the day and some hot coffee to top it off. 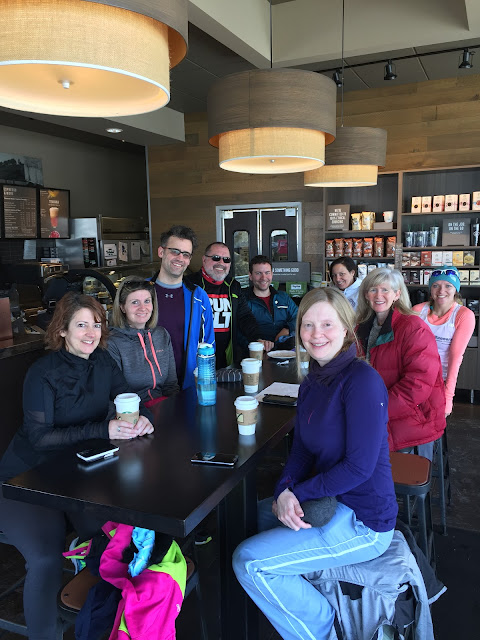 I was super thankful for the company because otherwise I would have called it quits after a mile of running in -23 Celsius. No joke. 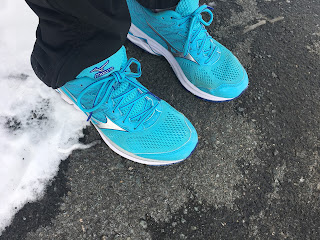 Sunday: Ugh, I woke up with irritated lungs from the cold on Sunday so I chose not to go out in yet again another frigid day and push my body. I went to the doctor instead to make sure I was okay. She said the lungs sounded good actually, which shocked me, but informed me that I was experiencing a bronchospasm as a result of my earlier bronchitis combined with cold air. :(  I have yet another puffer. The temperature is supposed to be warmer today so I may try to get a run in. I'll keep you posted!!! 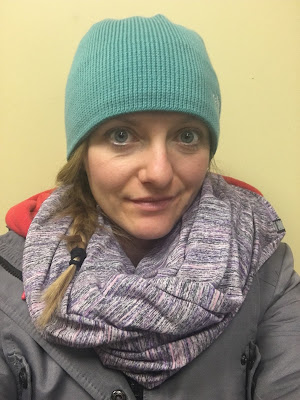 I am trying really hard not to get discouraged but it's not easy. Boston is so special to me and I feel like I don't want to let anyone down. I know that sounds crazy and my health IS my priority over logging miles, but it's not always easy. I am trying though!

Have you ever forgot to bring your Garmin to a run?
Ever have any experience with bronchitis or puffers??

Have a wonderful day and thanks again for stopping by the GGR blog space!
Boston is in 34 days!