"Just Let Yourself Be Sick Heather"

I totally owe you a post. I've definitely been MIA, and by MIA I mean "Medicating In Action." Today I finally feel like I am getting some of my energy back. Apparently when your body is fighting a virus followed by a super nasty dreadful life sucking bacteria (yes this was the worst part), you get pretty fatigued.

Here's the low down:

A week and a half ago I came down with a slight cold virus, which at the time I thought was the end of the world. It came and went, as colds do and I survived with big plans on pushing my 20 miler forward to the next weekend. Evidently I was wrong and the end of the world came the following Friday. :(

When I visited the doctor (Thursday) to see how I was doing in terms of training/work, she informed me that I was on the brink of a sinus infection so she'd write me an antibiotic prescription just in case. I was thinking, "I feel like I'm getting better so I'm not sure why she thinks I'm about to get worse???? Weird." She told me that I would know when it was happening and it would happen fast. Well what I always thought was a sinus infection was in fact a sinus cold. Clearly this was my first Sinus Infection ever and I was totally wrong in the past because I felt like I was going to die!!!!!!

I pretty much whined and complained and harassed the Medical team at a nearby pharmacy to my school. My face hurt, my lips hurt, my teeth hurt so bad that I could not chew on my right side, my head was fuzzy and I just wanted. to. sleep. Of course I asked EVERYONE "When can I run?!?!?!? I'm running the Chicago Marathon on October 11 and blah blah blah blah....!!!!!" What stuck with me was the Pharmacist's, (who I'd already had two separate conversations with), comment: "Just let yourself be sick Heather." Which is basically the only thing I hadn't done. :(  I love being busy and slowing down just was not an option, until my body said so...lol.

How I let myself be sick:

I left the pharmacy with these. I had zero appetite but I had to take my pill with food so I thought chocolate would be a great excuse, and of course a handful of Special K Sour Cream and Onion crackers. ;) (healthy I know). Apparently my discipline also goes out the door when I'm fighting an illness. 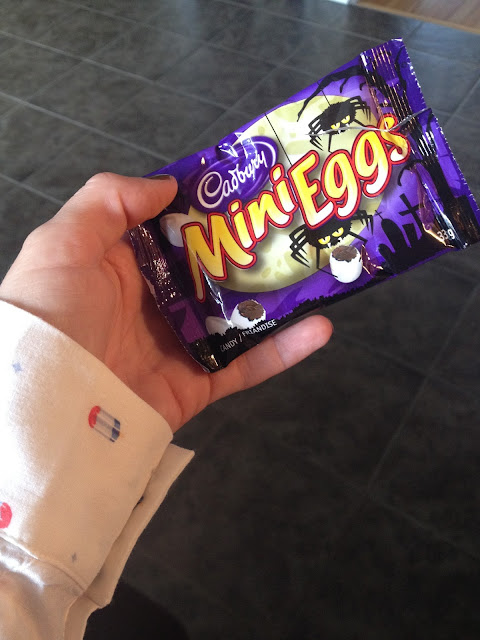 Enter giant horse pill, also known as Biaxin. Since I'm allergic to most other antibiotics known to man they gave me the type also used to treat pneumonia and stomach ulcers. Score...lol. Something this big has to work. 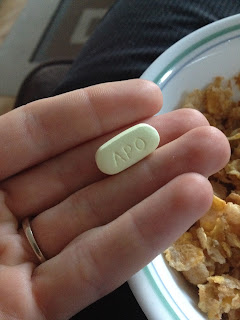 I would have to tell the world I was still a runner even if I wasn't running, but how????

Even though I didn't run this year, I still ended up in the race photos LOL:
So here's my last run:
So training has come to a screeching halt. Several seasoned marathoners assured me that I'd be fine and I had secured a fitness level that will help me run the marathon and this bump in the road will be minor to my performance. As a slave to the training plan, this took some convincing, but I'm working on it. ;) Chicago might end up being run with the heart more than the training. We will see. :)

Guess who always knows how to make me feel better: 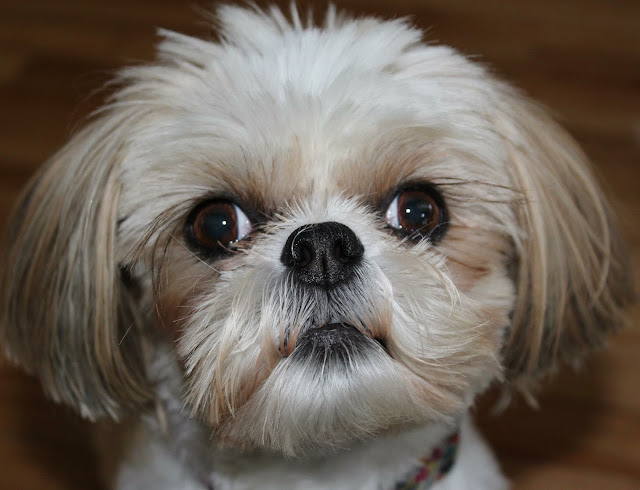 I was also occupied and had a mini freak out every time an email arrived: 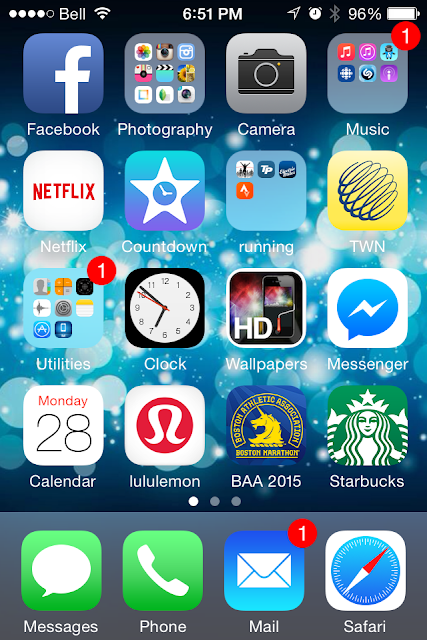 The BAA will begin notifying all week 2 registrants TOMORROW!!!!!!! Finally the wait will be over. Good luck to all squeakers!!!

Lastly I need to give a super huge shout out to my Aunt Brenda who you guys met via my Tely 10 post. She ran her first ever half marathon on Sunday!!!!

Don't worry I'll let you guys know the verdict from the BAA tomorrow!!!! Thanks for stopping by. :)
Ever have a sinus infection????
Who is running CHICAGO?!?!
Have you ever had to bail out on a race last minute due to illness or injury?